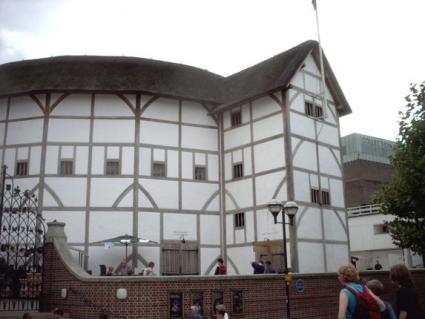 hi all – i’m at london’s heathrow airport right now. my flight doesn’t leave for another couple of hours (the “tube,” london’s subway, got me here faster than i thought it would), and i saw this internet kiosk and decided to get rid of some of these extra british coins. yesterday i explored london while javier was at work, and saw buckingham palace, took a really cool tour of the secret underground cabinet war rooms (where churchill and govnt conducted much of wwii operations), had a picnic lunch in hyde park, saw shakespeare’s globe theatre, and just wandered around a bunch. when jav came home we had dinner at this little italian place by his flat and it was tasty. we talked about old school pals, our 10-year high school reunion (which he attended but i did not), and various other items of interest. i also forgot to mention in my previous entry that my last night in sweden i had dinner with my friends jt and cyndy, dermot and yvonne barnes-holmes (two irish psychologists who are probably the most amazing and prolific relational frame theory researchers in the world…and just really cool, fun people), and four conference attendees from spain (whose names i can’t remember). okay, typing at this stupid kiosk keyboard is really difficult and painful, so i’m going to take off now. the friendly skies beckon and whatnot. mostly whatnot. america, your prodigal son is returning home. and so am i. 🙂