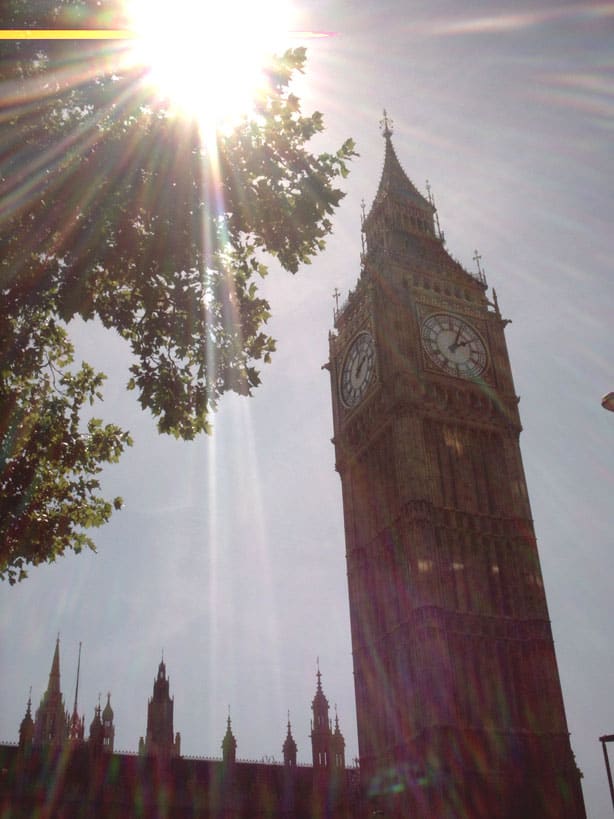 Okay, so I’m writing this from the basement of a Burger King in the middle of London’s trendy theatre district. No, I was not eating at Burger King…I just noticed their huge sign for their high-speed internet access on the sidewalk. They literally have about 100 PCs on their bottom floor computer lab. It’s all very disturbing, I must say. Furthermore, I’m not really sure I’m in the middle of London’s trendy theatre district. All the little areas and districts here are so close together and connected that I’m never really sure where I am. Piccadilly Circus? Could be. Soho? Maybe. Trendy theatre district? Why not…it sounds good in my blog, anyway. The flight over was rather uneventful. I had about a 3-hour flight from Phoenix to Chi-town, and then about a 7-hour flight from Chicago to London. Instead of trying to work on the flights, I opted for trying to get some rest since I hadn’t really slept the night before and didn’t want to be completely gone when I arrived in London. I couldn’t sleep very well, but I did get to see several in-flight movies for free. I was able to get to central London from the airport (Heathrow) without much problem. Then I took the subway to the Piccadilly Circus area to look for my hostel (called the Piccadilly Backpackers Hotel). I ended up calling them for directions and was able to find it pretty easily. It’s a great location — within walking distance to many cool sights and whatnot. While walking around earlier today, I came across tons of cool theatres, pubs, clubs, museums, sex stores, etc. The hostel itself is decent. I’m on the top (7th) floor, which means it gets a bit warm during the day, but it was cooling off already by late afternoon. I share my room with 9 other people, only some of whom I’ve yet to meet: Victor, a friendly professional swing dance competitor from southern Califonia who is just finishing an 8-week tour of Europe; Fernanda, a cute young Brazilian woman with bright pink hair who is excited about hitting London’s goth clubs; some nameless jock-looking guy from Pasadena who brought his guitar; and two nameless women who speak English fluently with a British accent, but whose first language is something that sounds like German (only met them in passing, so don’t know much about them yet). It’s definitely an interesting mix. As long as the Brazilian woman doesn’t puke on me or something while she’s sleeping (she has the bunk above mine), I think we’ll all get along just fine. Today I mostly just wandered around on foot and whatnot. I stopped in the National Gallery for a good while, too. They have an amazing and extensive collection of European painters, and I saw many cool Van Goughs, Monets, Renoirs, Pissarros (whose name I like because it always reminds me of Bizarro from the Superman comics), and many more. I’ll be hitting more museums and popular sites tomorrow. I may also hang with my friend Javier at some point tomorrow, too. The weather is just lovely — it’s nice and cool, overcast, and sprinkling off and on. A nice change from the Arizona summer. Not sure what the plans are for tonight. Apparently the hostel arranges for a bunch of people to go to a nearby pub on Friday nights and then on to a club or two, so I may join that. I’m quite tired, though, so I’m not sure how long I can last tonight. That small, lumpy, damp bunk of mine is looking pretty inviting. But it’s a Friday night in friggin’ London, people, so I ain’t going to bed anytime soon. Okay, my special Burger King computer time is almost up. More later.